Tilley and Barrett recently completed the demolition of a high-profile project in Sloane Street. The overall project consisted of a major reconfiguration of the retail outlets making one complete retail unit from the three that were formerly there.

Due to its location there were a number of localised environmental constraints and conditions, which were overcome using innovative methods. The temporary works were designed and installed in a manner that the load bearing walls, and floor sections could be removed in sequence, exposing the basement floor area completely. The basement floor was removed and a reduced excavation was undertaken, and a new drainage system was installed along with the new basement floor.
To ensure all services travelled through the new void that was formed between the ceiling and false ceiling, a completely new gas heating system was installed along with redirected water and electricity feeds.

The project again displayed Tilley and Barrett’s versatility and design strength, particularly in environmental impact mitigation as the whole project was delivered with an occupied residential block above and surrounding Sloane Street retail in operation. 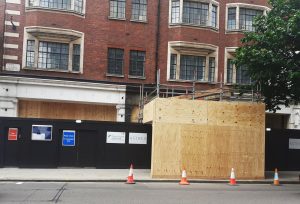 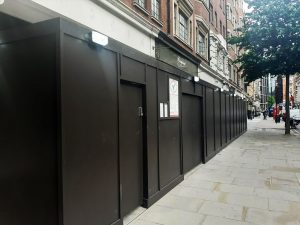 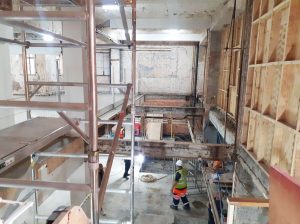 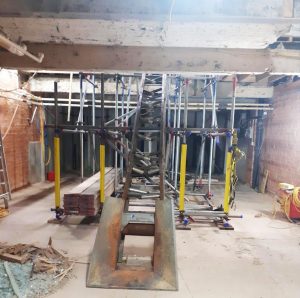